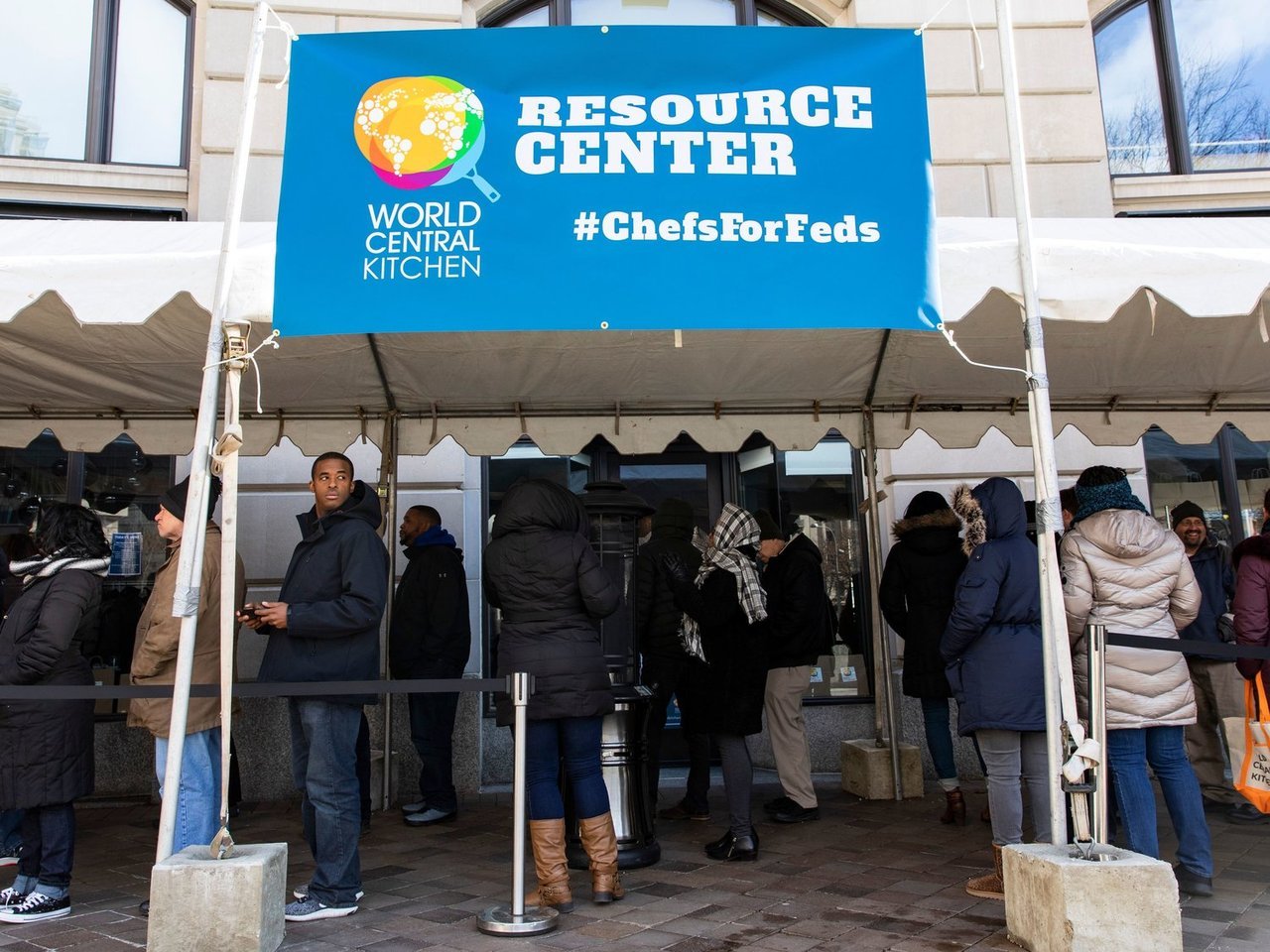 Above: Federal employees wait in line at World Central Kitchen, a food bank and food distribution center established by celebrity chef José Andrés. The federal government is back open, but it could be several days before workers receive missed paychecks. Hundreds of thousands of federal employees across the country are returning to work after being furloughed for more than a month. Thousands of others in the federal workforce did work during the 35-day shutdown, but didn’t get paid. The Trump administration promises that by Friday federal workers will be paid the two consecutive paychecks that were missed as a result of the government being shuttered. ALEX EDELMAN/AFP/Getty Images