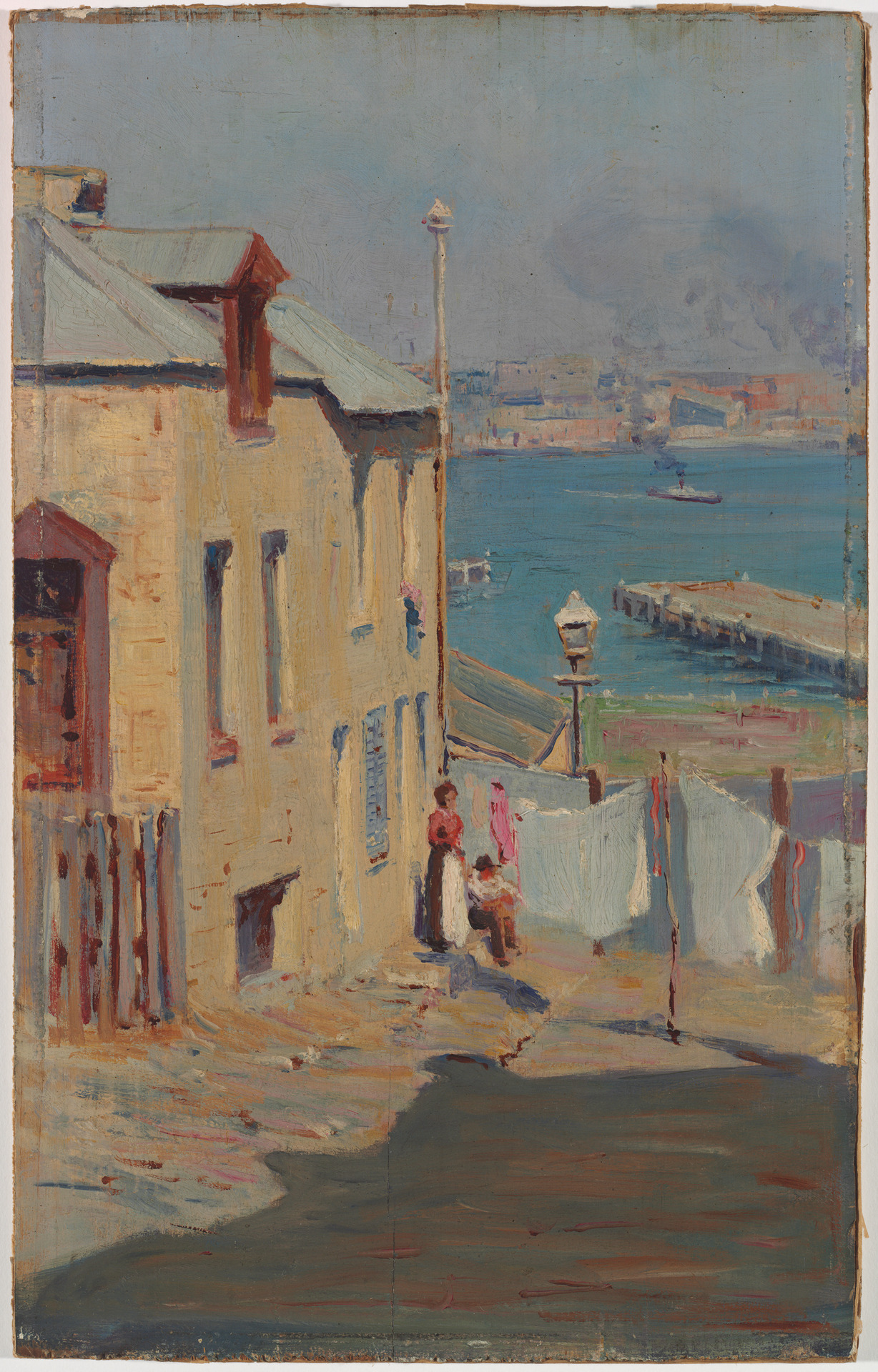 Julian Howard Ashton Old Houses in Wentworth Street ca.1901. (Ashton, the eldest child of artist and teacher Julian Ashton, came with his family to Melbourne from England in 1878, settling in Sydney five years later. He studied at his fathers art school from 1896 to 1903 but worked as a journalist to support his family. He wrote for a variety of newspapers and magazines and became associate editor of the Sydney Sun in 1926. After the demolition of many buildings in The Rocks and Millers Point, Ashtons father rallied fellow artists to capture views of the area. The works were shown at the 1902 exhibition Old Sydney and this painting, no.118 in the catalogue, was priced at £5. Wentworth Street in The Rocks no longer exists. It ran south-west to Darling Harbour, near the current intersection of Argyle Place and Kent Street.) (Source: sl.nsw.gov.au)