View of Erfurt from Petersburg Citadel Erfurt is the capital of Thüringen, Eastern Germany, located… 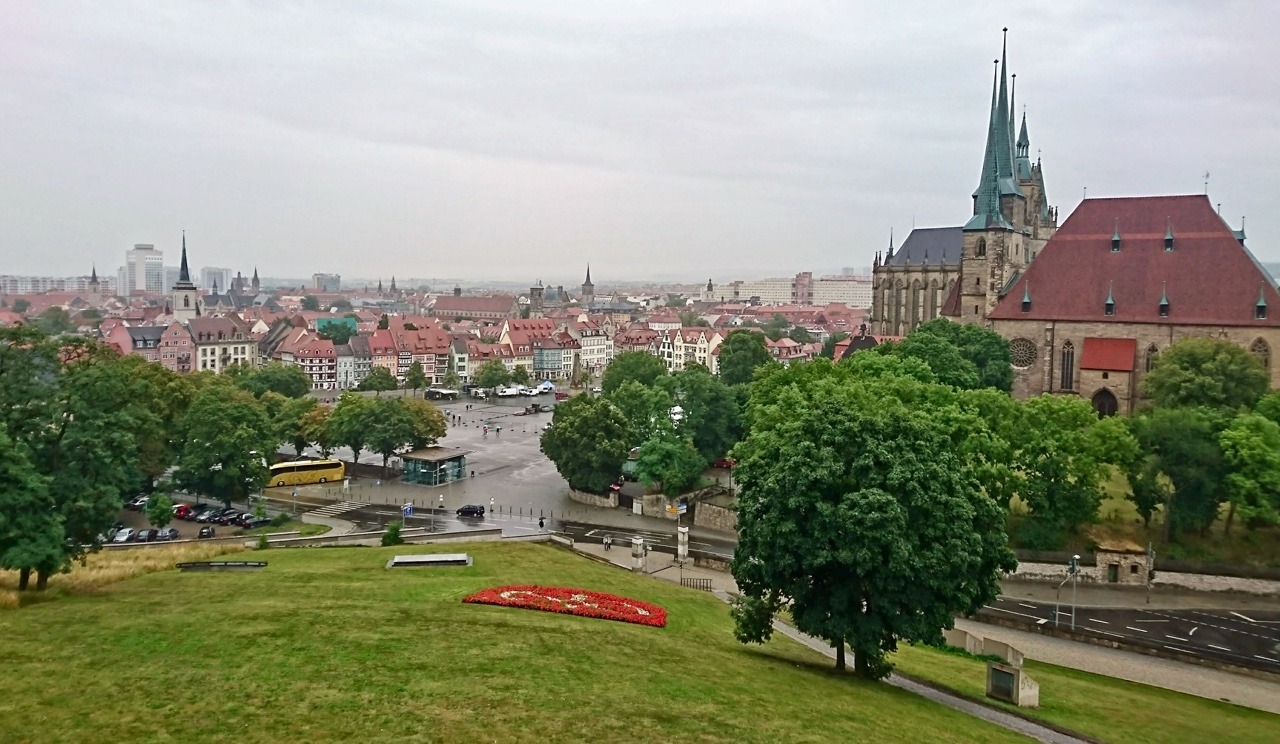 View of Erfurt from Petersburg Citadel Erfurt is the capital of Thüringen, Eastern Germany, located 100 km from Leipzig, 300 km from Berlin, and 250 km from Frankfurt am Main. Together with Weimar and Jena, it forms the central metropolitan area of Thuringia with about 500,000 inhabitants. Its old town is one of the best preserved medieval city centers in Germany. Tourist attractions include the Krämerbrücke (Merchants’ bridge), the Old Synagogue, the ensemble of Erfurt Cathedral and Severikirche (St Severus’s Church) and Petersberg Citadel, one of the largest and best preserved town fortresses in Europe. The city’s economy is based on agriculture, horticulture, and microelectronics. Its central location has led to it becoming a logistics hub for central Europe. Erfurt hosts the 2nd-largest trade fair in Eastern Germany (after Leipzig) as well as the children’s TV channel KiKa. The city is situated on the Via Regia, a medieval trade and pilgrims’ road. Modern day Erfurt is also a hub for ICE high speed trains and other German and European transport networks. Erfurt was first mentioned in 742, as Saint Boniface founded the diocese. Although the town did not belong to any of the Thuringian states politically, it quickly became the economic centre of the region and it was a member of the Hanseatic League. t was part of the Electorate of Mainz during the Holy Roman Empire, and later became part of the Kingdom of Prussia in 1802. From 1949 until 1990 Erfurt was part of the German Democratic Republic (East Germany). The University of Erfurt was founded in 1379, making it the first university to be established within the geographic area which constitutes modern-day Germany. It closed in 1816 and was re-established in 1994, with the main modern campus on what was a teachers’ training college. Protestant religious reformer Martin Luther (1483–1546) was its most famous student, studying there from 1501. Other noted Erfurters include the medieval philosopher and mystic Meister Eckhart (c. 1260–1328), the Baroque composer Johann Pachelbel (1653–1706), and the sociologist Max Weber (1864–1920).